Welcome to the Renaissance Period

Leonardo was born on 14/15 April 1452 in the Tuscan hill town of Vinci, in the lower valley of the Arno river in the territory of the Medici-ruled Republic of Florence.

Leonardo spent his first years in the hamlet of Anchiano in the home of his mother, and from at least 1457 lived in the household of his father, grandparents and uncle in the small town of Vinci. In all, Leonardo had 12 half-siblings, who were much younger than he was, and with whom he had very little contact.

In the mid-1460s, Leonardo's family moved to Florence, which at the time was the centre of Christian Humanist thought and culture.

Around the age of 14, he became a garzone in the workshop of Andrea del Verrocchio, who was the leading Florentine painter and sculptor of his time. Leonardo became an apprentice by the age of 17 and remained in training for seven years. Leonardo was exposed to both theoretical training and a wide range of technical skills, including drafting, chemistry, metallurgy, sculpting, and modelling.

The Baptism of Christ is a painting finished around 1475 in the studio of Andrea del Verrocchio and generally ascribed to him and his pupil Leonardo da Vinci. 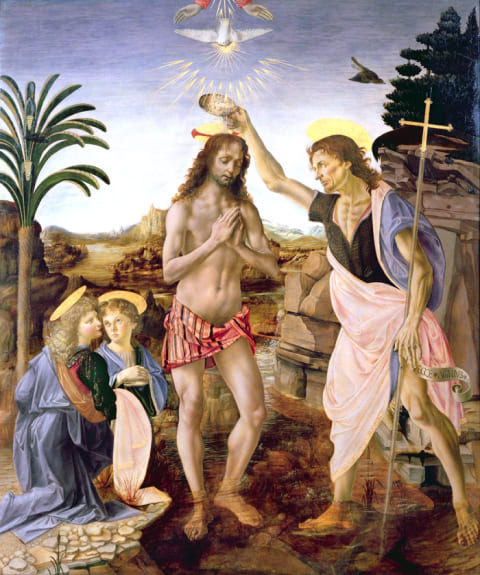 Much of the painting in Verrocchio's workshop was done by his assistants. According to Vasari, Leonardo collaborated with Verrocchio on his The Baptism of Christ, painting the young angel holding Jesus' robe in a manner that was so far superior to his master's that Verrocchio put down his brush and never painted again, although this is believed to be an apocryphal story. Close examination reveals areas of the work that have been painted or touched up over the tempera, using the new technique of oil paint, including the landscape, the rocks seen through the brown mountain stream, and much of the figure of Jesus, bearing witness to the hand of Leonardo.

Leonardo worked in Milan from 1482 until 1499. He was commissioned to paint the Virgin of the Rocks,

and The Last Supper for the monastery of Santa Maria delle Grazie. 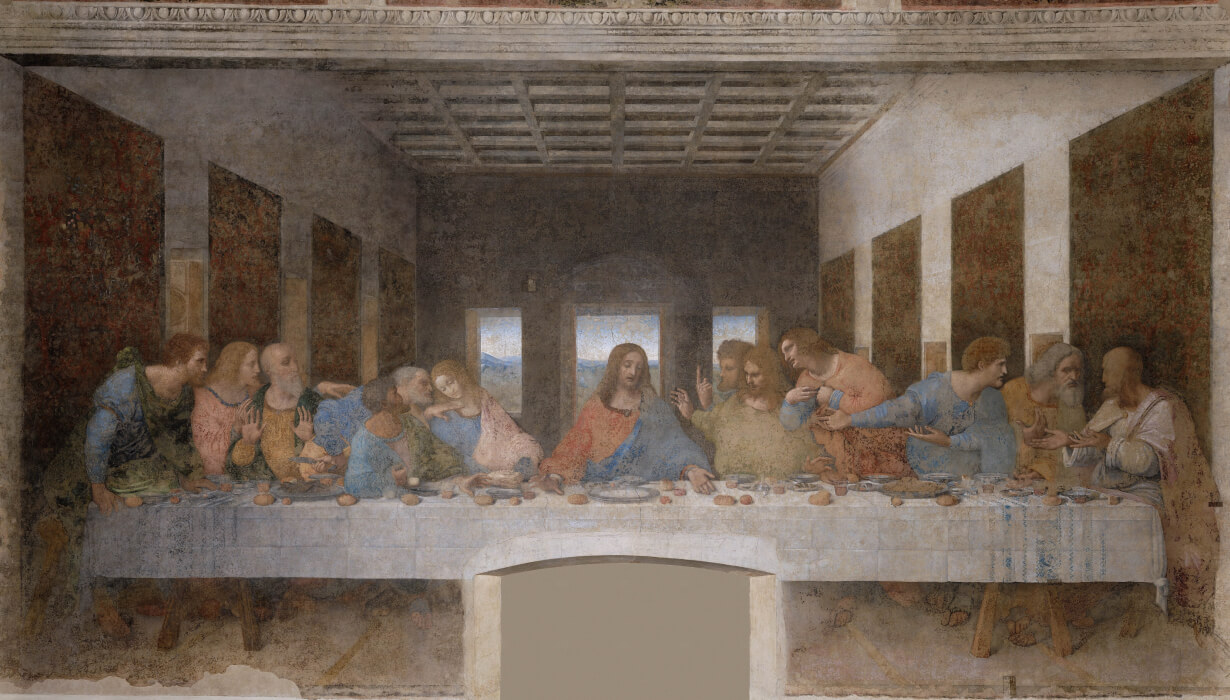 The Mona Lisa or La Gioconda, the painting's novel qualities include the subject's enigmatic expression, the monumentality of the composition, the subtle modelling of forms, and the atmospheric illusionism. 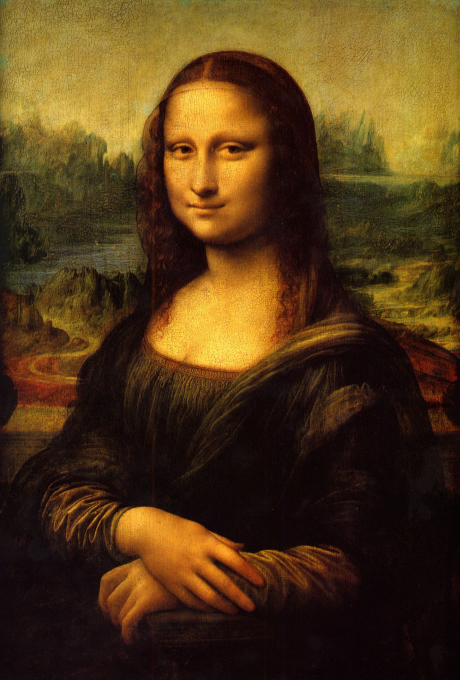 Considered an archetypal masterpiece of the Italian Renaissance, it has been described as "the best known, the most visited, the most sung about, the most parodied work of art in the world". The painting is probably of the Italian noblewoman Lisa Gherardini, the wife of Francesco del Giocondo, and is in oil on a white Lombardy poplar panel. It had been believed to have been painted between 1503 and 1506. However, Leonardo have continued working on it as late as 1517. It was acquired by King Francis I of France and is now the property of the French Republic itself, on permanent display at the Louvre, Paris since 1797.

Leonardo died at Clos Luce on 2 May 1519 at the age of 67, possibly of a stroke. In accordance with his will, sixty beggars carrying tapers followed Leonardo's casket. Leonardo's other long-time pupil and companion, Salai, and his servant Baptista de Vilanis, each received half of Leonardo's vineyards. His brothers received land, and his serving woman received a fur-lined cloak. On 12 August 1519, Leonardo's remains were interred in the Collegiate Church of Saint Florentin at the Chateau d'Amboise.

Leonardo da Vinci made far-reaching contributions to many areas of science, technology and art.

He developed an original, mechanistic model of sensory physiology. He undertook his research with the broad goal of providing physical explanations of how the brain processes visual and other sensory input. He created the first usable versions of scissors, portable bridges, diving suits, a mirror-grinding machine similar to those used to make telescopes, and a machine to produce screws.